Melanin is a natural pigment in the skin. Melanin causes the skin to tan. Melanin has two forms: Eumelanin is black and brown and Phoemelanin is red or yellow.

Freckles are small concentrated areas of increased melanin production and can be seen on all people of all races. There are an estimated 35 different skin shades in people of colour.  Melanin is produced by cells called melanocytes.

Everyone has the same number of melanocytes but darker skins are melanin rich (especially Eumelanin) because they have super charged melanocytes that make larger amounts of melanin. Melanocytes increase their production of melanin in response to sun exposure and provide some natural protection against sun damage.  Deeper dark skin tones have a natural protection SPF (Sun Protection Factor) of approx 13.4 and paler lighter skins an SPF of approx 3.4.  Every other skin tone’s natural SPF falls in-between

It is important that ALL skin tones apply liberal amounts of a broad spectrum sunscreen with UVA (Ultraviolet A responsible for ageing) and UVB (Ultraviolet B responsible for burning) protection for 365 days of the year on all exposed areas of skin and not just when sunbathing.  Sunscreen helps to prevent unwanted pigmentation. Always reapply sunscreen every 2 hours.  Sunscreen must always be reapplied after swimming or sweating.  Sunscreen can also be purchased in mineral powder form for the face and neck. 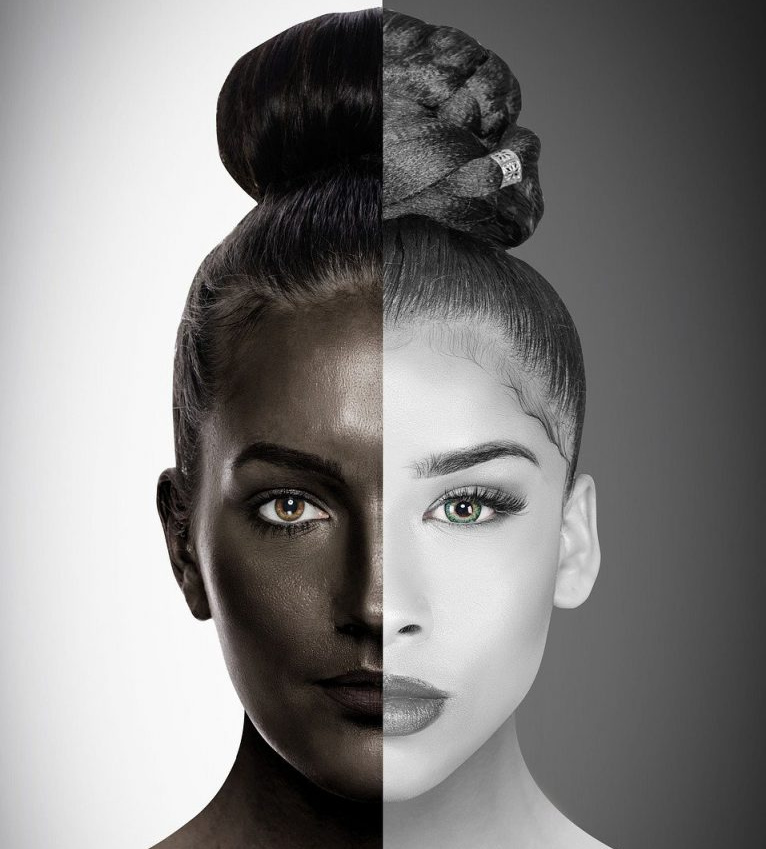 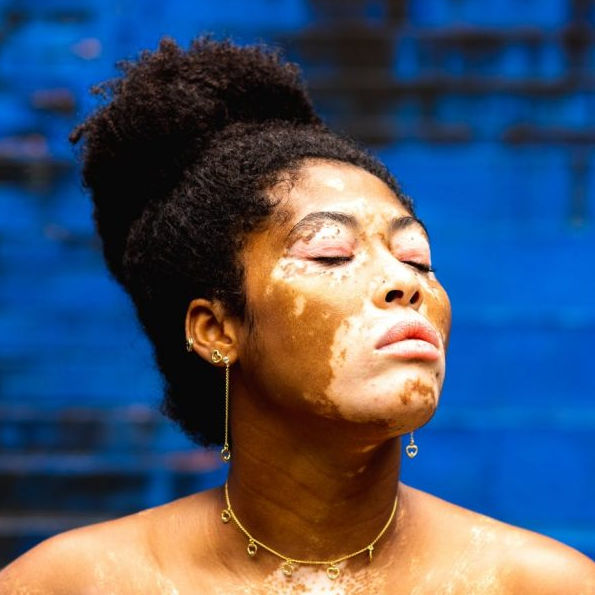 Blemishes, scratches, pimples, acne, inflammation and picking the skin can trigger the production of excess melanin, leaving dark marks and patches on the skin called Post Inflammatory HYPERpigmentation (PIH). Some darker skins may develop a loss in melanin called Post Inflammatory HYPOpigmentation due to injury or burns.  In either situation it can take many months or years to fade.

Vitiligo is the loss of melanin, it has no known cure. Vitiligo is considered to be an autoimmune disorder and can be hereditary. It is characterised by white patches of skin with sharp margins and can appear on any part of the body or face.  It is much more noticeable on darker skins. The Canadian Winnie Harlow is a public spokesperson for the condition and just one of the many now sought after and successful fashion models with vitiligo.

Melasma can be triggered by sun exposure, pregnancy, the contraceptive pill and hormones.  It it a common skin condition caused by the melanocytes producing too much colour and appears as brown patches above the upper lip, bridge of the nose, cheeks and forehead.  It has the nickname of “The Pregnancy Mask”.  It can also be found on other parts of the body that are exposed to lots of sun. Darker skins are more prone to Melasma because of their super charged melanocytes.  Melasma can fade when any of the triggers cease.  Treatment by a dermatologist can be sought if it causes anxiety.